RollerCon and Thinking Your Way to Weight Loss

I'm moderating 2 round table discussions on Thursday and Friday from 3:30pm-4:30pm: Sponsorship and Treasury, respectively. If you've got a pass, you should come!

I'm also excited about participating in the Tits vs. Ass challenge (go team Tits!) and Elvises vs. Showgirls (go Elvi!).

Last weekend I suffered a Grade 2 AC Separation in my shoulder (clavical and scapula, to be more exact). I'm out of contact derby for a while, but I will be back in full force for RollerCon and VirginFest - that's right, CCRG will be representing again at VirginFest on both Saturday and Sunday. I'll be skating on Saturday for Pussy Galore ;)

Update on my big girl status: still a big girl... but 20lbs lighter. Definately makes a difference in agility. And I'm still busting my ass to lose some more fat so I'm in a healthy BMI range. 20lbs is good - it's a start, but it don't change the fact that I could have played for either Tits OR Ass - holla!

(OPRAH.com) -- In the battle against fat, the heroes achieve what most of us only long for -- lasting weight loss. They're so unusual, they've become the subjects of ongoing research by scientists trying to finger just what it is that makes them stand out from the rest of dieting humanity.

The project is called the National Weight Control Registry (NWCR) and was created in 1993 by researchers at Brown University and the University of Colorado in the face of the well-known and defeating statistic: Ninety-five percent of dieters gain their weight back.

Registrants -- some 4,500 -- must have dropped at least 30 pounds and kept them off for a year or more, though the average member has lost twice that much and maintained it for about five years.

In one of the latest studies, Inga Treitler, Ph.D., a cultural anthropologist, and a fellow researcher intensely interviewed and observed 10 of the registrants, focusing not on what they ate or did for exercise but on how they lived -- the books they read, the photos they kept, their pets, careers, friends and hobbies -- before and after the weight loss. The question, again, was basic: What had enabled them to triumph where so many others falter?

Simply put, the theory behind it goes like this: We all naturally tend to process information, solve problems and relate to others in a particular way, and such inclinations roughly correspond to four different quadrants of the brain -- two on the right, two on the left. These preferences are like mental defaults your brain automatically resorts to when evaluating the world unless otherwise prompted and most people employ some combination of quadrants.

• "A" quadrant (upper left): People who favor this area are analytical, mathematical, logical problem solvers. Drawn to statistics and the workings of machinery, they can overanalyze a situation so much they have trouble taking action.

• "B" quadrant (lower left): These people are controlled, methodical, disciplined sticklers for structure and routine. Punctual and neat, they always have a plan, timetable and calendar with appointments penciled in.

Which quadrant makes a successful dieter?

"We found that those with the most dramatic losses scored noticeably higher in favoring 'B,' the lower left," says Treitler.

This makes sense to her, having observed many people struggling with weight. Someone inclined toward plans and routines, who sees life through methodical eyes, would be the most comfortable with the mundane details of calorie counting and portion control. She would also be more able to coolly observe herself and catalog obstacles and failings without succumbing to an emotion like self-hatred.

Breakthrough number two occurred during another study with the NWCR volunteers.

When Treitler listened to subjects' stories, something stood out. They'd all gone through an inner transformation almost like those celebrated in traditional rites of passage. Each had found a coach, mentor or guide for the journey; had pulled back and separated somewhat from his or her old environment; and then was "reborn" into a different way of life. The newly thin person became a leader rather than a follower, a change that opened the door to further goals and achievements, often in fields completely unrelated to weight loss.

One subject asked a chef at the university where he worked to develop an aggressive diet for him and dropped nearly half his body weight. Then he took a leave from his job to help start a law school in Africa and became a passionate long-distance walker and bird-watcher.

"All the subjects had incorporated some meditative element into their lives," Treitler says. "It might have been walking or yoga, but it was self time, a white space where they could disengage from the old, obsessive behavior." This transformation of identity appears crucial in keeping weight off. Without a new self who's clearly different from the old, overweight one, it's too easy to revert to former unhealthy habits.

While most of us can't remove ourselves from daily life as radically as that man who went to Africa, we can create the conditions that make rebirth possible. Based on Dr. Treitler's observations, she can suggest concrete steps to change a habit that have nothing to do with food or exercise or any other behavior you're wrestling with.

The fact is, no matter which cognitive type you are, you can "learn to shift to another mode of thinking," to "stretch" the brain quadrant boundaries in which you feel at home, says Ann Herrmann-Nehdi, CEO of Herrmann International, which developed the HBDI. So for people who have no natural inclination to be systematic and detail oriented ("B" strengths), Treitler says the goal is to build up familiarity and comfort with those approaches.

According to Herrmann-Nehdi, simple activities practiced over a period of about three weeks can bolster your inner bookkeeper. They can be done in stages, she says.

• Organize. Alphabetize your CDs. Then, a few days later, your spices. A few days after that, rearrange your closet, then your tax papers.

• Timing. Keep a time log of your daily activities and start being punctual for every appointment.

• Plan. Sit down and map out a week in advance. It's also helpful to follow a routine jogging a certain course every other day, balancing your checkbook once a week.

• Step-by-step thinking: Cook from a recipe exactly as it's written, knit from a pattern, learn a computer program by following a tutorial or manual.

If these activities seem grating, you can make them more appealing to your naturally dominant brain type, Herrmann-Nehdi says: "A 'D' [conceptual, risk taking] could dream up something she wants to achieve in a year's time, then, working backward, create a timeline and checklist of what needs to be done."

A "C"---emotional, people-oriented--- could teach her niece to balance a checkbook.

Think of these activities as physical workouts, suggests Treitler: "When you practice them regularly, it trains your brain to become accustomed to new ways of thinking." Later, when an actual diet plan requires steadfastness and attention to detail, the effort won't feel so alien.

The most important aspect of redefining yourself is "doing something empowering," says Treitler. "It may be teaching, volunteering -- anything that allows you to take on new status and to be in the position of helper rather than one who needs help." From this strengthened position, you go forward, not back.

To learn more about the Herrmann Brain Dominance Instrument (HBDI) visit http://www.hbdi.com/. E-mail to a friend 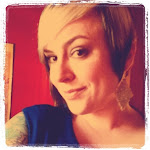